Piedmont does not have a unified history as only later took on a defined regional planning, being marked for centuries by a political and territorial fragmentation.
The history of this region has its roots in prehistory, where, on the shores of Lake Maggiore, settled one of the most important prehistoric civilizations, that of Golasecca.

In modern Piedmont has played a key role in the history of the unification of Italy, being part of the House of Savoy or Piedmont-Sardinia, who played a key role in the events that led to the unification of Italy in 1861. At the turn of the twentieth century began instead dizzying industrial development of the region, who became leader of the automotive industry, mechanical and film. 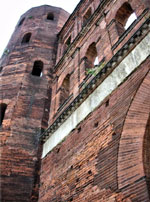 Piedmont was inhabited in prehistoric times. In particular have been found evidence, in the form of the remains of the necropolis, the civilization of Golasecca, people who lived on the shores of Lake Maggiore and Lake Orta during the Iron Age.

From the tenth century BC it was occupied by the Celts or Ligurian Taurini and Salassi, then (II sec. BC) were subdued by the Romans. These colonies founded as "Augusta Taurinorum" (modern Turin), of "Hasta Pompeia" (Asti), "Derthona" (Tortona) and "Eporedia" (Ivrea). In Piedmont, however, the Roman colonization was limited, because of its mountainous terrain and its distance from Rome.

More important it was the Lombard period (VI-VII century BC.), Where the Dukes of Piedmont, including the famous Agilulfo, assumed an important role with the task of defending the kingdom, through the monitoring of the crossings, from invasion. In this period the region was often the scene of struggles between the Franks and the Lombards. 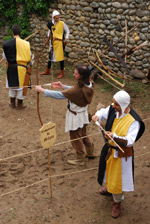 In the Middle Ages, Piedmont is ruled by powerful feudal families. The region was divided into counties and brands. A first attempt at unification was promoted in the eleventh century by Olderico Manfredi, who won the two major brands of Turin and Ivrea, which he bequeathed to the son Oddone of Savoy, son of Umberto I Biancamano.

The Middle Ages saw the foundation of free communes, like Asti, Alessandria, Vercelli, and strong marquisates, like those of Saluzzo (XI sec.) And Monferrato (XII sec.). Between XIII and XIV the region is under the political influence of the powerful French house of Anjou, who then took over the Visconti of Milan and the counts of Savoy.

One can speak of Piedmont as a political entity properly only since 1400, when Amadeus VIII of Savoy commuted his title by the Duke of Savoy to the Duke of Piedmont, where "Piedmont" also included other territories occupied by the Savoy (for example the valley d 'Aosta).

In the sixteenth and seventeenth century, says the State of Savoy as the Italian state, with Turin as the capital and the Italian as a national language, with the founding of universities and a national militia. Date 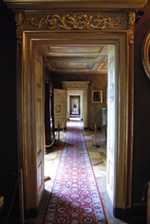 important is the 1559, when the peace of Cateau-Cambresis, following which Emanuele Filiberto and his successors started the process of reunification, which lasted however many centuries.

Moment of unity and political stability is 1700, when the region under Vittorio Amedeo II, underwent a period of political and territorial reorganization and vibrant culture, so you start to build or restore palaces and baroque churches. During the French Revolution and the Napoleonic Wars Piedmont returns to the battlefield. During the Napoleonic era it is renewed the ruling class, wiping aristocratic ancien regime.

Risorgimento in the Piedmont becomes the center of the hopes for the establishment of a unified Italian state. In 1848 Carlo Alberto granted the Statute. Then come the years of important fundamental reforms of Count Camillo Benso di Cavour, who initiate the modernization of the kingdom mainly through a slow transformation of the Piedmont, which also opens to foreign countries. In 1861 was proclaimed the Kingdom of Italy, with its capital Turin, which he inherited from the Savoy monarchy its new legal structure and (with the Albertine Statute of 1848).

The region's history is closely linked to its massive industrialization. The 800 is the century of economic development, industry and large farm, which undergoes a weakening following the relocation of the capital first to Florence and then to Rome. Is enshrined in the passage between the economic structure typical of the Savoy dynasty, the land based on the power of the military and bureaucratic strata landed aristocracy and, to an economy based mainly on industry.

The years of '900 in Turin see the propulsive center of two of the most important cultural and economic phenomena of those years, the' auto industry and the film . In fact born FIAT (1899), the Spear (1906) and in 1905 the body Farina, while the beginning of the '900 are produced

In '900 the Biellese consolidates its control of the textile sector. Another important branch for the economic development of the region is that of 'mechanical industry, which flourishes in Ivrea and in the Canavese: are produced office machinery and computers; founded in 1908 is the Olivetti.

After the First World War and Fascism the region is experiencing a strong immigration from other regions. In the '900 Torino it is one of the centers of workers' struggles, with the discussions around the' "New Order" of Gramsci and the "liberal revolution" of Gobetti. Following the world wars, Piedmont is one of the centers of the partisan movement, especially in areas of the Langhe and Monferrato, in the cities and in the Alpine valleys.