A brief history of Biella

The first inhabitants of the city were the Celts, who took over in the ninth century the Romans. As early as the fourteenth century Biella is under the rule of Savoy. Its history is closely linked to 'textile industry, which is developed since 1800. The city is now a hub of the international market for wool. The success of Biella is to be found in the geographical location and the abundance of water. 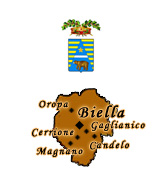 The heart of town is the district Piazzo, an old medieval village that corresponds to the upper part of the city, reached by a funicular. Center of Piazzo is Piazza Cisterna, once the town hall and the market, with the Palace of the Dal Pozzo, the medieval arcades and home Teccio, one of the most striking houses in the city. Here it is also the Romanesque church of St. James. Near the church is the Palazzo Gromo Ternengo, a native of the sixteenth century and restored in 800. 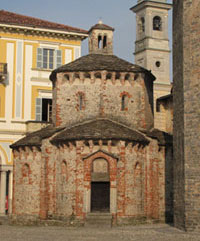 In Piazza Duomo is the Cathedral of Biella, construction of the beginning of the fifteenth century, which preserves precious remains of paintings of the XV-XVI century. Near the cathedral stands the Baptistery , one of the most significant buildings of the Romanesque Piedmont. Built between VII and XI century, it is qa central plan with four semicircular apses divided by pilasters. Above the door there is a typical use of rimpiego of ancient material, a Roman bas-relief depicting Hercules with a cupid.

Biella has interesting examples of industrial architecture, such as the former woolen mill Trombetta or former woolen mill Sella, both 800 and located on the sides of the river Cervo. The first building is now home to the important Cittadellarte Fondazione Pistoletto, a promoter of cultural events and exhibitions on contemporary art.

Also worth a visit the Park Hill S. Jerome, where Villa Sella, former

Monastery of the Hieronymites, and the adjacent church of St. Jerome (XVI sec.), which houses one of the finest choirs in Piedmont, artist Evangelista da Cremona.

One of the best Italian beer, the Menabrea, brewed right in Biella since the mid-800.

Biella is located near the National Reservation Park Burcina-Felice Piacenza with the particular collection of rhododendrons, which in spring offer a unique spectacle.

In the province of Biella are interesting medieval buildings. First it is to visit the Ricetto

Candelo. The shelter (shelter or refuge) is a group of medieval buildings (XIV sec.) Which had the function of agricultural storage and shelter for the population in case of danger. The shelter is located in the center of the country and is the best preserved of the Piedmont. Near its entrance stands the Palace of the prince, a beautiful three-storey tower house of the late '400. Gaglianico is instead a castle (private property not open to visitors) well preserved dating from the twelfth century. It is surrounded by a double moat and by a large Italian-style garden designed by Andre Le Notre. It is a square with four corner towers, while inside are the courtyard of the '500 and the chapel, which houses frescoes always' 500.

The Sacro Monte di Oropa , dedicated to Our Lady, is a part, as the other sacred mountains of Piedmont, the World Heritage Site of 'Unesco. The shrine is dedicated to the life of the Virgin Mary, and says that it was founded in the fourth century by St. Eusebio. It is in the context of the Special Natural Reserve of Sacro Monte di Oropa. It includes several buildings. The basilica was rebuilt in the seventeenth century on an earlier medieval building and preserves the Black Madonna, the object

popular cult dating back to the thirteenth century, and forms part of the iconography of the so-called "Black Virgins", identifiable from the twelfth century and the thirteenth century in a wide area between France, Spain and Germany. The basilica is surrounded by 19 chapels, of which 12 are dedicated to the life of the Virgin Mary: for example that of the Wedding at Cana and the coronation of Mary, the latter with a total of 156 statues of the sculptor Giovanni D'Enrico. The new church dates back to more recent times (XIX century) and was built on a project of Ignatius Galletti. The Sacred Mount includes an interesting botanical garden and the Museum of Treasures, which preserves objects (gold, liturgical vestments, various documents) that characterized the centuries the life of the sanctuary. From here there is also access to the apartment where the Savoy resided times their visits to the shrine. The sacred mountain is also home to a major observatory meteosismico. Near the holy mountain you can visit the lake Mucrone, glacial, reached by a cable car from the new church.

A visit to Magnano, near which stands the beautiful Romanesque church of S. Second, the eleventh century, in which he turns into summer, the Festival of Early Music.

The Special Natural Reserve of Bessa is located at Cerrione, on the road to Mongrando. Its attractiveness is, unlike the other nature reserves in which prevails the green, in a heap of stones, which has an area of about 7 square kilometer, is a unique sight in Europe. His appearance is mainly due to the activity of gold mining practiced in style already in Roman and pre-Roman times: it is said that you were working up to 5,000 people. The stone is the result of the accumulation of waste rocks, which have resulted in accumulations of pebbles, high up to 20 m, alternating with long, narrow valleys covered with vegetation, including ferns, chestnuts, birches, lilies etc.

The Overview Zegna is the name of the state 232 and named in honor of its founder, the entrepreneur Ermenegildo Zegna. It is the way you can admire the magnificent Alpine foothills of Biella. Especially at Caulera you have a wonderful view of Mount Rosa. The road then reaches Biellamonte, located in the Oasis Zegna, which offers 27 trails and equipped.