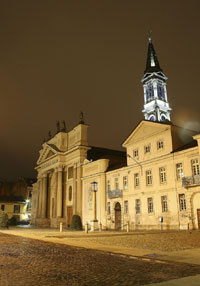 Alexandria was for centuries an important agricultural and commercial center of the region, as well as a strategic military outpost.
The city was founded in 1168 by the Lombard League, in the middle of fights between supporters of the papacy and the empire. It was to be a barrier against the Emperor Frederick Barbarossa. His name was given in honor of Pope Alexander III. Presto (XIII sec.) Became a powerful common conflict with the Monferrato, Asti and Pavia, and began to expand in the surrounding area. The '300 was under the Visconti. By the Treaty of Cateau-Cambresis became the Spaniards, until in 700 it passed to Savoy, who wanted to strengthen the military role of the city, building the citadel, still visible.
During the Napoleonic domination, the old cathedral was destroyed to make way for a square arms. During the Risorgimento, the city had a very active role in the freedom marches and independence. The first decades of the '900, however, are the period of great urban expansion of the city. In recent years Alexandria became famous for its hat industry, famous throughout the world, Borsalino.
Today, Alexandria is an important industrial center and transport hub and railway.
Alexandria is birthplace of the great contemporary writer Umberto Eco, who has set many of his novels in the Piedmont landscape, particularly in the Monferrato. 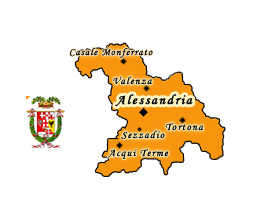 The province of Alessandria