A brief history of Vercelli 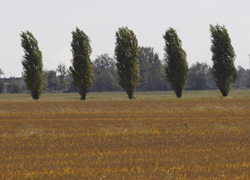 The town is of Celtic origin and was from the first century. BC an important Roman municipium, "Vercellae". Vercelli in the Middle Ages is the first under the dominion of the Lombards, then county away. In the twelfth century it became a free municipality. The thirteenth century was a very happy period of the city is built the church of St. Andrew, in 1243 was founded the first university in the Piedmont and the first example in Italy, is abolished serfdom.

During the Renaissance Vercelli was one of the main cultural centers of the Piedmont. First under the Visconti, from the fifteenth century, the city is in the hands of the Savoy. In 800 the city took part in the liberal movements and the struggles of the Risorgimento. Then came the wars of independence which brought serious damage to the city. In the '900 wars damaged much of the city's economy, that only the 50 saw a recovery, especially in the agricultural sector.

In fact, along with Biella, Vercelli campaigns are famous for the cultivation of rice and landscapes characterized by extensive rice fields. Today the city dominates the European rice market. The spread of corn in the area dates back to the Middle Ages and you have to Benedictine and Cistercian monks, who began its cultivation, as early as' 500 began to be exported. 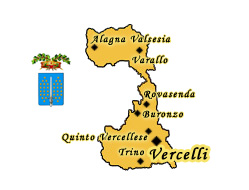 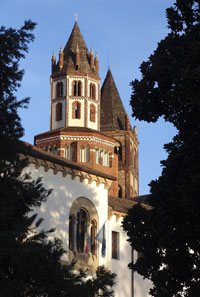 The Basilica of St. Andrew is the most important monument of the city and one of the first examples of Gothic architecture in Italy. The Gothic bell towers of the church stand out in the surrounding plains dotted with rice fields. Built in the thirteenth century, the building combines elements of Gothic (eg the three portals strongly splayed) with elements of the Lombard Romanesque (like hanging arches). The interior however is clearly Gothic lines. In the transept you can see two wooden confessionals Baroque (XVII sec.), The Gothic tabernacle of the '200, the tomb of Abbot Thomas Gallo, aedicule and a fresco of the fourteenth century. Very beautiful chapter house with its frescoes. From the cloister finally enjoy a breathtaking view of the whole abbey.

The cathedral of S. Eusebio stands on an ancient Christian basilica. The building has several construction phases. The bell for example is medieval, while the chancel and apse are of the XVI century. Benedetto Alfieri instead is the author of the neo-classical portico. The dome was finally built in 800. Inside the work of greater importance is the crucifix in silver foil, dating from the tenth century. In the church they are buried many members of the Savoy family. The treasure of the cathedral is the Archbishop's Palace, which houses the Museum of the Treasury of the Cathedral.

Vercelli is still home to two museums of interest. The Museum "Camillo Leone" is housed in two historic buildings, the house Alciati (XV sec.) And the palace Langosco (Baroque period). In the first building there is the collection of archaeological finds of prehistoric, Greek, Etruscan, Roman and medieval. Significant pieces in the collection are the stele bilingual (Latin-Celtic) of Alcisio and two sarcophagi of young women (both of the first century BC.). In the other seat instead you can visit the hall of ceramics and bronzes, the hall of glass, frescoes and pulpits of the fifteenth century. The Museum "Francesco Burgundy" is one of the most important art galleries of Piedmont. The first four rooms display the frescoes taken from the churches. He then moves on to the paintings of the Italian school, with artists such as Domenico Ghirlandaio, Sodoma, Titian, Gaudenzio Ferrari, Bernardino Lanino, Ludovico Carracci. This is also the French painting, Flemish, German and Dutch (Jan Brueghel II, Emile Rouillon, Ludwig Gloss etc.). On the second floor there are the collections of porcelain from famous European manufacturers.

Another building of great interest is the church of St. Christopher (XVI sec.), Which houses the cycle of paintings by Gaudenzio Ferrari, one of the most significant pictorial evidence of northern Italy.

The surroundings of Vercelli

Near Vercelli worth visiting the town of Trino, the area of archaeological excavations, whose relics are now preserved in the Museum of "Gian Andrea Irico", and the early medieval basilica of St. Michael in Insula. In places Buronzo is the Castellone, a complex of fortified buildings built in the eleventh century. A Rovasenda stands an imposing castle, dating from the eleventh century, with its great tower of the thirteenth and fourteenth centuries.

In the province of Vercelli is the Alpine valley Valsesia, which develops around the Sesia River, which originates from Mount Rosa, and is home to the Natural Park Alta Valsesia. The river is a preferred destination for lovers of extreme water sports, such as rafting or hydrospeed, but also for lovers of river fishing. The valley today is still partly inhabited by Walser, population of German origin who settled in the valley already in the Middle Ages, the custodians of their cultural identity, especially their language, their typical buildings of wood and stone and their traditions. They dedicated the 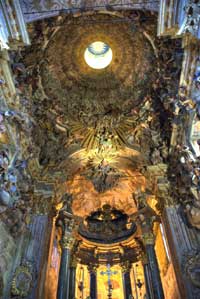 Walser museum, to Alagna. Here is also the highest mountain refuge in Europe (4554 m.), The "Regina Margherita", recommended destination for a trip by cable car very beautiful part of the country.

Sacro Monte di Varallo . Like the other inserted into the Sacred Mountains World Heritage Site by 'Unesco, it is surrounded by the Special Natural Reserve of the Sacred Mount of Varallo. It was founded in the fifteenth century by the Franciscans. The majestic complex offers the pilgrim a religious theme trail that traces the most important stages of the life and passion of Christ. At each station corresponds to a chapel. The artist who worked on this project was Gaudenzio Ferrari, who worked between 1507 and 1528, producing works of sculpture, painting and architecture. The complex also includes 44 frescoed chapels where there are more than 600 statues. At the top is the Basilica of the Assumption (XVII-XVIII sec.) With its huge dome.

Also worth a visit the village of Quinto Vercellese, where there are the castle Avogadro and especially the church of S. Nazario and S. Celso, particularly because it was built in three different periods that show themselves in the nave with a barrel vault (front the Mille), the Romanesque nave left and right, Gothic. Apse and aisles are covered with interesting frescoes (from the Romanesque to the eighteenth century).