Parks and nature reserves of Piedmont

The Gran Paradiso National Park is the oldest national park, established in 1922. Its territory extends into two regions, Piedmont and Valle d'Aosta. Its history is linked to the ibex, which is also its symbol, prey for centuries of a ruthless hunt that at the beginning of the twentieth century was seriously endangered. The park was established to protect the mountain environment suitable for the survival of Capra ibex.

In the park of Gran Paradiso we face a landscape of towering mountains, 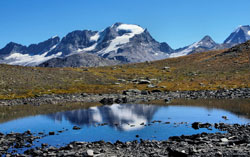 fascinated glaciers and deep valleys, with their rich vegetation, lichens mountain to alpine meadows and forests of larch and deciduous. In addition to the ibex fauna of the park it consists of: suede, fox, wild boar, ermine, badger, marmot, while among the birds are golden eagles, buzzards, sparrow hawks, owls and ptarmigan.

In the National Park Val Grande, established in 1992, nature has regained its place. It extends between the Val d'Ossola, Val Vigezzo and Lake Maggiore. The park is in fact the 'largest wilderness area in Italy and one of the most significant in Europe. It includes an entire valley in the province of Verbania.

The valley offers visitors its unspoilt nature, with its thick forests, canyons, cliffs. The water winds through hidden gorges, roaring by soaring cliffs and waterfalls in shape. In this frame there is a large variety of fauna (marmots, chamois, eagles, deer, foxes etc.) And flora (columbine and tulip). Of note are the quarries of Candoglia, near the park, which for centuries provide the marble for Milan Cathedral.

Natural Park of the Maritime Alps

(Created in 1980 as a Natural Park dell'Argentera). Of all the parks the most extensive borders for 35 km with the Mercantour National Park (France). The Maritime Alps are the extreme southern edge of the Alps. The park has to offer are incredible fauna and flora, but is also interesting for its lakes and glaciers. 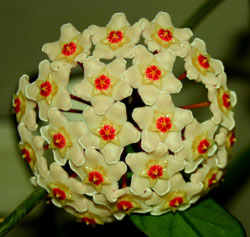 It was the first regional park in Italy. It covers two regions, Piedmont and Lombardy. In Piedmont Park it includes 11 municipalities in the province of Novara.

The park was created primarily with the function of protecting this environment by the wild urbanization, the concreting of the banks, water pollution and disruptions arising from mining activities. The rivers in the Turin area have to offer the visitor a fascinating nature, including exciting river landscapes and testimonies of past centuries (Roman ruins, churches, castles, palaces ...).

Park Royal Estate of the Herd

In the sixteenth century the area was used as a hunting reserve for the Savoy court. Today, just a few kilometers from the historic center of Turin, offers the opportunity to relax in nature. The park is a remnant of lowland forest, where they live freely or so semi-wild species of wild and domestic animals. It is accessible only on foot or by bike (can be hired in the park). It includes picnic areas, gymnastic routes, nature trails, horse trails and hosts exhibitions and cultural events.

And 'near the Swiss border, between Val and Val Formazza Divedro and includes mountains over 3000 m. Its peculiarities are two basins with lawns enclosed by mountains. In addition to its meadows, beautiful especially with the spring bloom, the park contains lakes, streams and waterfalls.

It is located in the valley Pesio and is characterized most important karst system western Alps. There are in fact more than 150 km of explored caves.

(Create, Varallo, Orta, Ghiffa, Belmonte, Domodossola and Oropa). It is religious complexes that are part of the regional system of protected areas of Piedmont. Each monument is surrounded by a nature reserve. Since 2003 they belong to the World Heritage 'UNESCO for their symbolic value, but also as examples of "made sacred landscapes that integrate perfectly natural values, historical, architectural, artistic and cultural."

Piedmont is rich in natural reserves, representing a form of protection of natural areas of particular interest. Some of them divided by provinces:

Province of Alessandria: the reserves of Torrente Orba, home to many birds of prey; reserve Gravel Granda, along the banks of the Po where the sandy nesting bee-eaters and kingfishers.

Province of Asti: Valleandona the reserve and that of the valley Botto, rich in fossils.

Province of Biella: The Reserve Bessa, with great morena "The Greenhouse"; the reserves of Zumaglia Brich and Mont Preve (the two peaks that characterize the plain Biella). 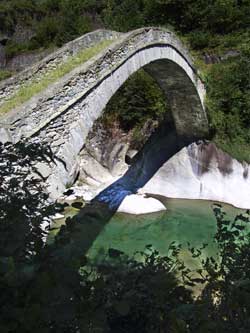 Province of Cuneo Oasis Crava Morozzo the only wetland in the southern Piedmont with more than 135 species of birds; Reserve Ciciu del Villar ("ciciu" in the local dialect means puppets) with special geological formations formed about 12,000 years ago with the deposit of large boulders dragged by the river Maira.

Province of Verbano-Cusio-Ossola: reserve fund Toce, with one of the last reed beds of Lake Maggiore.

Province of Novara: reserve Colle Torre Buccione (with the remains of a castle dating back to the '200); Canneti Dormelletto, home to a number of species of migrating birds; park Lagoni Mercurago, near Arona, with water and marsh vegetation.

Province of Vercelli: garzaie of Carisio and Villarboit, nesting herons, egrets and niticore; the Isolone Oldenico, a large island in the middle of the river Sesia, one of the most important areas for nesting herons.

Province of Turin: the ravines of Chianocco (with the unusual presence of the holm oak) and Foresto (carved by the Rio Rocciamelone); the Rocca di Cavour with 350 wild species.

Parks and lakes in Piedmont